Creating a place to play

The band was formed in 1982 by Deanna Avery. She was, at that time, the director of the Federal Way
High School instrumental music program. Deanna started the Community Band as a means of giving
people who had played an instrument in a band in high school an opportunity to play in a group as an
adult. In 1982 there were no other amateur adult musical groups open to the public in Federal Way.The
band got off to a somewhat slow start. There was interest shown, but membership was inconsistent.
Personnel and instrumentation were unreliable. We progressed through the year, playing concerts in
the community.

In April 1983, we made our first trek as a community band to Abbotsford, British Columbia. Many of us including Deanna, had fond memories of the international competition held there from our high school days. Despite a very fine performance, we placed third. It wouldn’t have been so bad, if there had been more than three bands competing! Coming in third gave us something to strive for in the future. 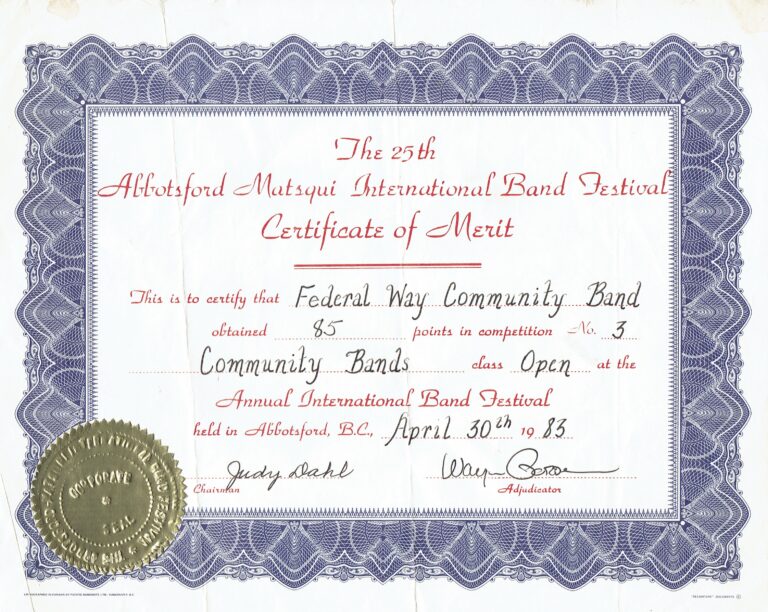 That first year was a lot of hard work, both by our founder/director and band members. Many of us had not played our instruments for a number of years. Our first few rehearsals were quite reminiscent of the sounds of beginner bands. Band members found out a few things. First of all, most of us really missed playing our horns, and welcomed having a group we didn’t have to audition for to get into.  We had a fair amount of potential for improvement, and we really loved music. Today, there are 10 original members still with the band.

At the end of the summer, 1983, Deanna Avery met a personal and professional challenge. She auditioned for and was offered the once in a lifetime position, as a clarinet player in the United States Marine Corps Band, based in Washington, D.C. We were thrilled for her and very proud. We on the Board of Directors of the Band faced quite a dilemma. We had a brand new group, and the stability of the group was unknown to us. We felt we had two priorities: first, was to keep the group together; second, was to find a new director, if there was a band to direct.
It was a very challenging few weeks. Since the Band had adjourned for the summer, we had to contact returning members, regain their interest, then share with them the news that we had lost our director. We began the search for someone who was willing to take us on. With school just beginning, many directors didn’t feel they had time to start with the community band.

A stroke of fate led us to Sal Smith. He was the director at Thomas Jefferson High School, he played in a busy jazz ensemble, he played tuba and string bass in various other gigs around the area. He decided to add us to his already hectic life. Sal challenged our music abilities, and brought new members into the Band. Those of us who had lasted through the first year welcomed the addition of these new faces who like ourselves were quite dedicated to making the community band a quality group. Each rehearsal was better and more exciting. The second year ended with much enthusiasm, and an anticipation of beginning our 3rd year in the fall.

Sal was also with us our third year together. We continued to grow musically, and every week we had a larger core of people who consistently came back to rehearsals. Our third year of existence we went back to Abbotsford, B.C. and this time we came in first place. We repeated that quest as even a better, finer group in 1986 as well.

The band under Sal made their 3rd appearence at the Abbotsford, BC Community Band Festival as a better and finer group then before.

In the fall of 1986 the band was devastated when we learned that our beloved director Sal was seriously ill with cancer. Despite harsh chemotherapy treatments that drained his strength, Sal came to all of our rehearsals. He gave us every ounce of energy he had, and would leave exhausted. Our respect for our director grew with every rehearsal. We realized the immense effort it took for him to be there.  His dedication enhanced our own dedication to the Band, Sal, and the music that we played.

We lost Sal in November 1986. Sal was one of those special people you feel really lucky to have known. Each of us has our favorite “Sal joke”.  His memory will last forever. “For us it was lemon meringue”

Once again we were faced with the challenge of finding a new director. We were very fortunate in finding Paul Doerkson, who also directed the Lakota Junior High Band. Again we grew by giant leaps and bounds. In May 1987 we went back to Abbotsford. This time we brought home two trophies. We again placed first in the community band division, and we also scored the most points achieved by any band in the competition.

In the summer of 1987 Paul Doerkson called the board of directors together. He announced his decision to leave Federal Way. He had accepted a position as a director at Corvallis High School in Oregon. Again, it was time to find a new director.

A long search for the ideal person landed Tom Anderson, our present director. Tom was and is a very respected conductor in the Puget Sound region with years of outstanding performances by his junior high and high school bands. Tom has provided a musicality to the band that has enabled us to mature as a musical group. With each rehearsal our response to his baton increases. He demands perfection, and we do our best to accommodate.

We visited Abbotsford on April 30 for the 30th Annual Community Band Festival. We placed second in our 5th appearance since our first attendance in 1983. 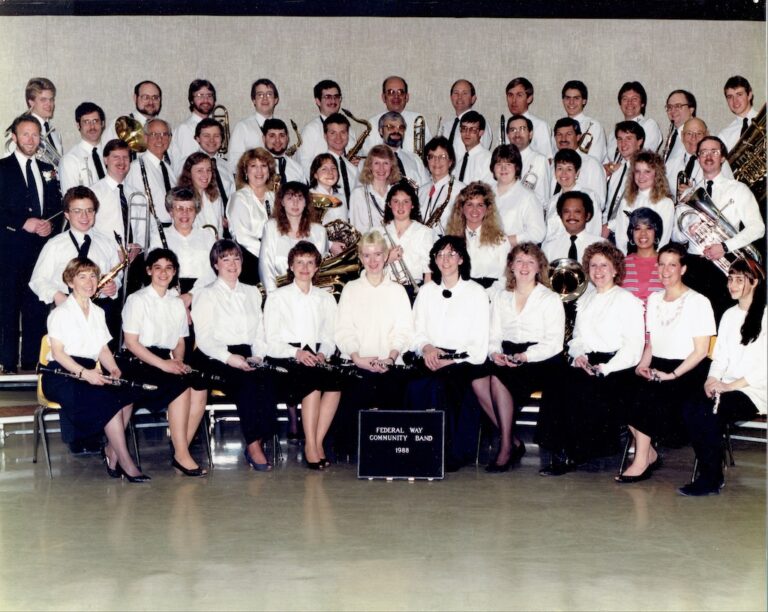 The Band attended the Abbotsford Community Band Festival for the sixth time and came back home as First Place Champions! 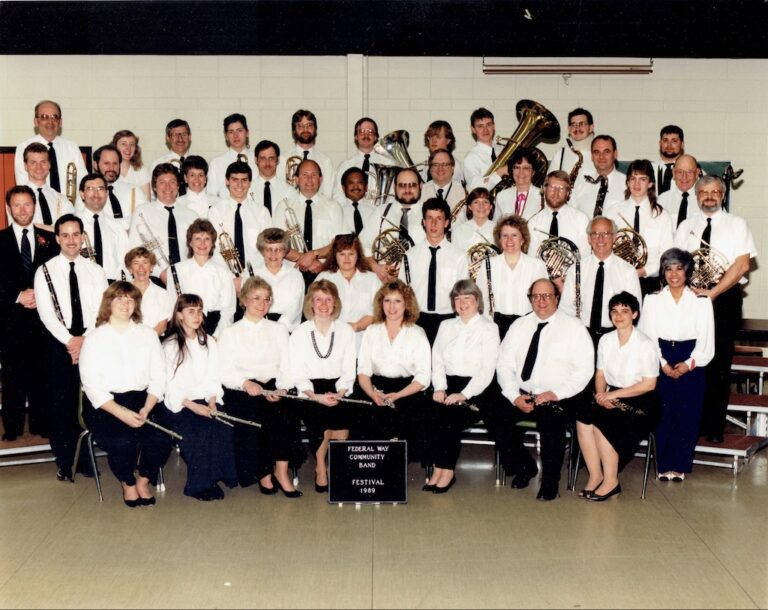 We received an invite to participate in Music Fest Canada.

Tom Anderson retires from full time music education and retires from South Sound Symphonic Band Director. Thank you for challenging all of us, being an inspiration to the South Sound music community, and dedicating 26 years and more to building up the Band. Your legacy will live long! 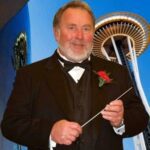 After many years playing trumpet in the band, Paul Bain, Director of Bands at Graham-Kapowsin High School is appointed Director. 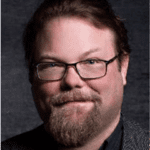 It was a bittersweet moment when Paul gave us the news. We were all excited to hear he would be the Associate Director of Bands and Assistant Professor of Music Education at Central Washington University. We wish Paul the best and hope to see him at future concerts.

The Board of Directors starts a search for a new director. The search was simple, just like the last one. Our new director was a long time member and guest conductor of the band. We welcome long time music educator from Puyallup School District, Bob Rink, as our director. 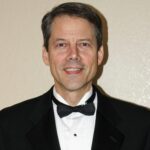 Bob Rink steps down as director. We hope Bob will return as guest conductor or even clarinetist. Wishing him all the best!

These are getter easier

The Band is at it again. We open up the director search, and our connections help us find a director quickly. Thank you Sound Sound music community!

The search for a new director was simple. A long time friend of the band, former member, and music community advocate, we announced John M. Wetherington as our new director. 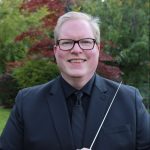